Swatch and Review: Sally Hansen Fuzzy Coat in Fuzz-Sea and All Yarned Up

So let's make this the last post of the day. Usually I don't really buy glitters or flakie polishes simply because I hate removing them, even with foils. I bought them only if they are really pretty. Pick up these beauties last week from Priceline. Finally I found these babies in Australia! Actually I'm aiming for Nails inc 'Feathers effect' polishes but seriously cannot get them online. When I found one it's either the shipping price is just insane or it doesn't ship too Australia (boo!). So excited to finally found these; they could be a dupe of Nails inc's but since I don't own one I can't really say. There areI pick up these two named 'All Yarned Up' and 'Fuzz-Sea'.

This range of polishes from SH is just a clear polish loaded with colourful stripes. The picture above is Fuzz-Sea which is loaded with yellow and blue stripes. The polish itself is very thick and it's jam packed with the stripes so three easy coats are enough to cover my whole nails. I love this polish and it dries on my nails pretty quickly. It looks fresh and pretty.

Next one is 'All Yarned Up', I have to be honest, this is my favourite from the whole range. It is loaded with blue, yellow and orange coloured stripes. Just like Fuzz-Sea, the application was easy and it looks super cute. Both pics I used three coats.

What do you guys think? How do you like to wear it? Cover your whole nail or just one easy coat? 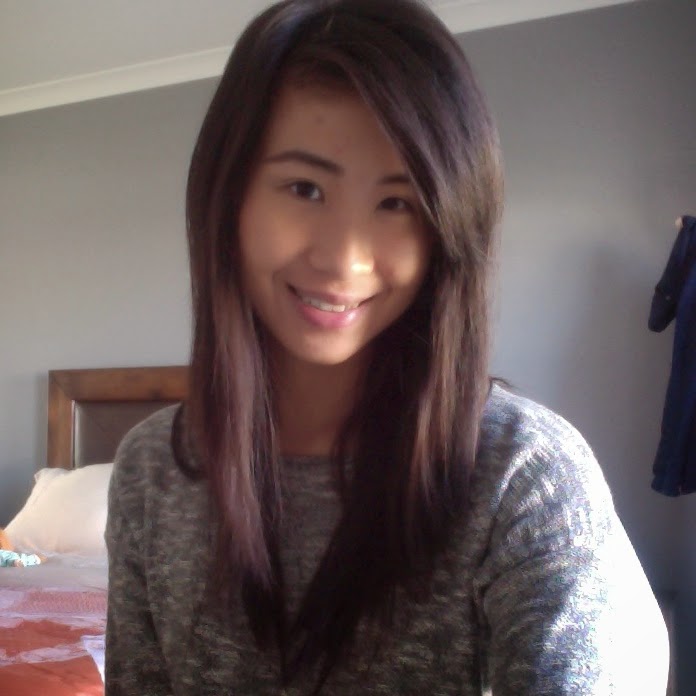